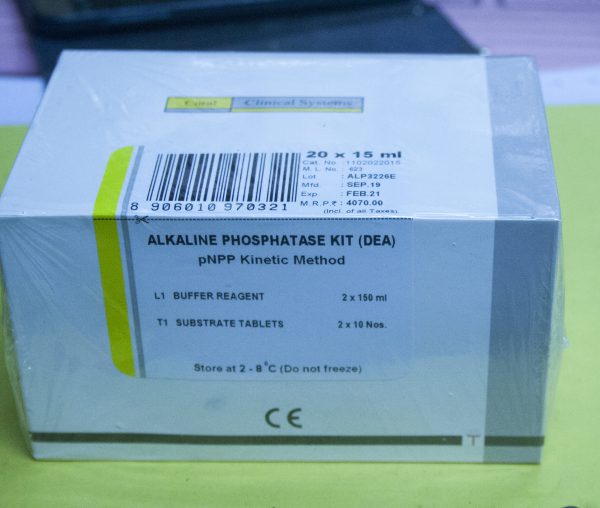 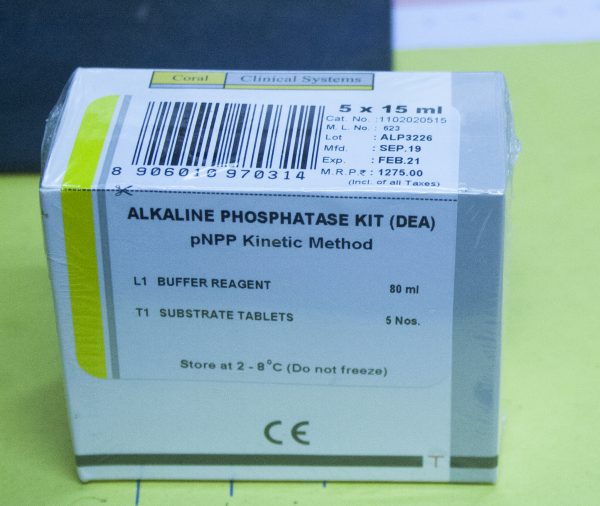 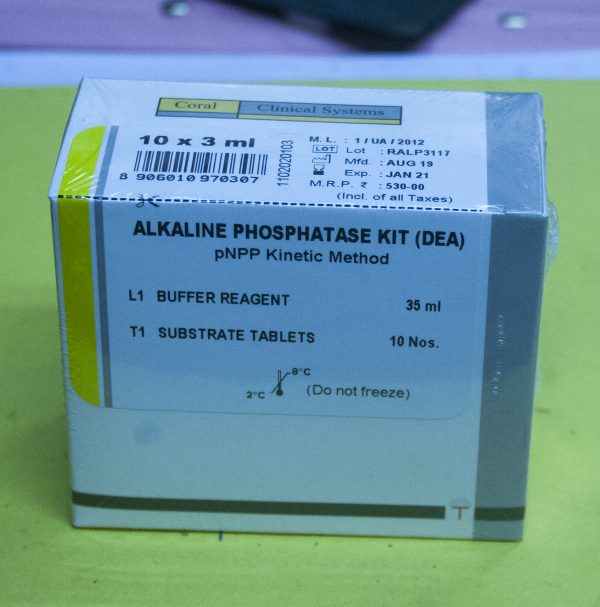 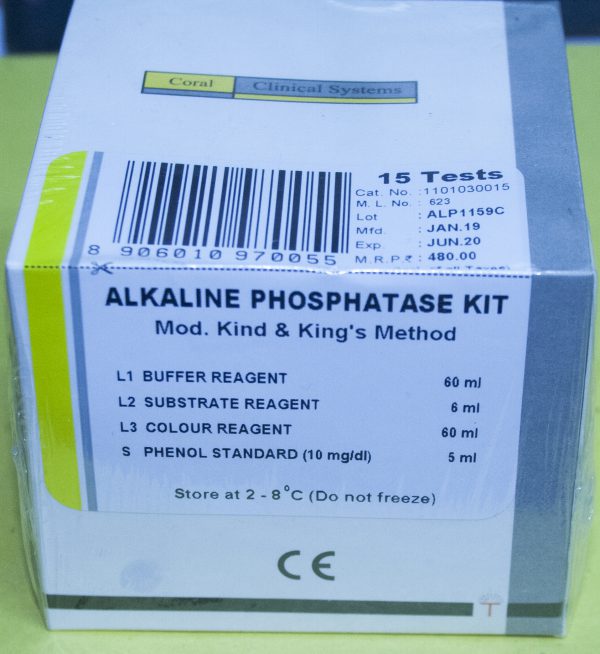 It Measures Serum Alkaline Phosphate.Coral Clinical Systems has answered these concerns of the busy laboratory professional by engineering the “Flexipour”reagent system which comprises of individual liquid stable components, which when mixed together in recommended ratios generate a dependable liquid stable working reagent. Depending on the usage, individual reagents may be poured at one go or flexibly in smaller volumes. Alkaline Phosphatase (ALP) is an enzyme of the Hydrolase class of enzymes and acts in an alkaline medium. It is found in high concentrations in the liver, biliary tract epithelium and bones.Normal levels are age dependent and increase during bone development Increased levels are associated mainly with liver and bone disease. Moderate increases are seen in Hodgkins disease and congestive heart failure. Principle I–Mod.Kind & King’s method ALP at an alkaline pH hydrolyses di Sodium Phenylphosphate to form phenol. The Phenol formed reacts with 4-Aminoantipyrinein the presence of Potassium Ferricyanide, as an oxidising agent, to form a red coloured complex. The intensity of the colour formed is directly proportional to the activity of ALP present in the sample. Procedure Principle 2—pNPP Kinetic Method ALP at an alkaline pH hydrolyses p-Nitrophenylphosphate to form p-Nitrophenol and Phosphate. The rate of formation of p-Nitrophenol is measured as an increase in absorbance which is proportional to the ALP activity in the sample. 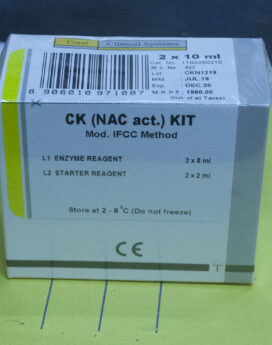