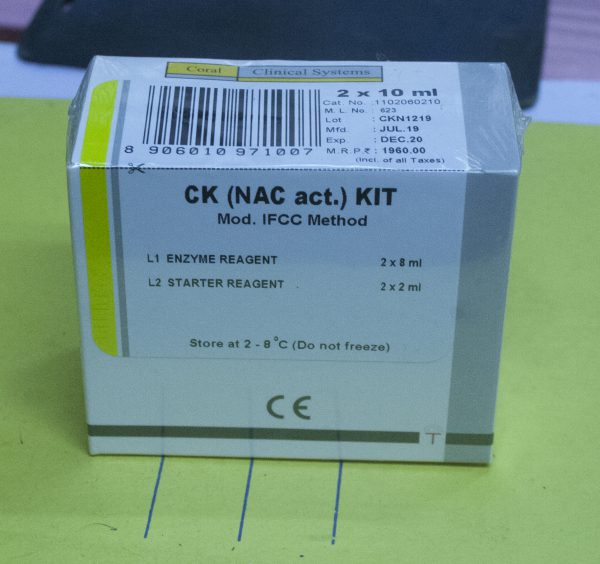 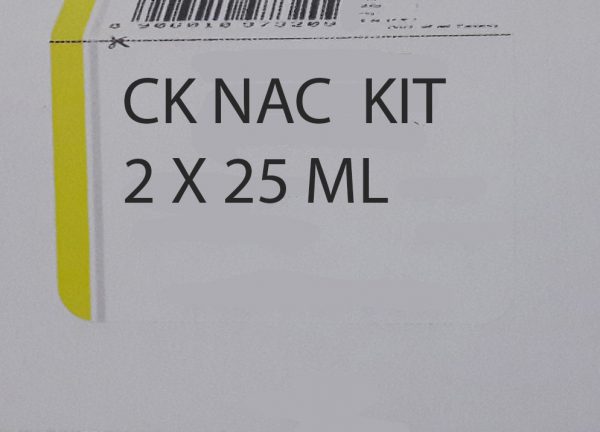 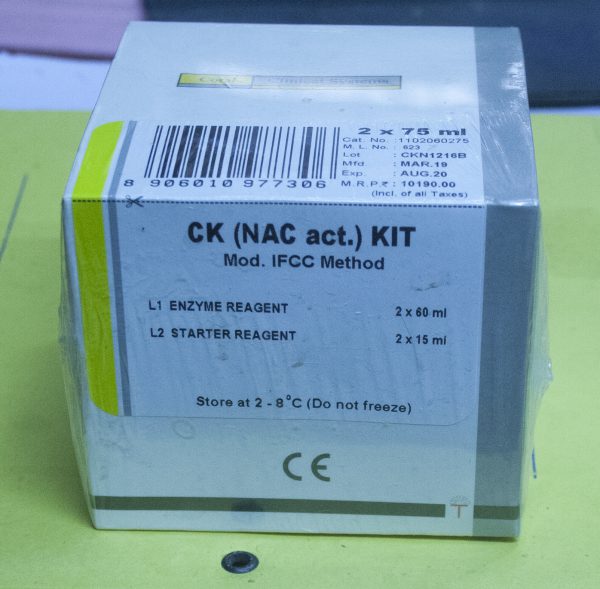 Measures Creatine Kinase NAC Concentration. Coral Clinical Systems has answered these concerns of the busy laboratory professional by engineering the “Flexipour”reagent system which comprises of individual liquid stable components, which when mixed together in recommended ratios generate a dependable liquid stable working reagent. Depending on the usage, individual reagents may be poured at one go or flexibly in smaller volumes.

CK is dimeric molecule composed of Mand B subunits, which are immunologically distinct. ltexistsasthreemainisoenzymesCK-MM, CK-MB , and CK-BB. The CK-MM is found in the muscle while CK – MB is found mainly in the myocardial cells. The CK – BB is found mainly in the brain and lungs, and enters the blood stream only on injury to these organs like cerebrovascular accident or pulmonary infarction. Normally CK – MM is found in the blood. CK- MB levels increase significantly 4-6 hours following a myocardial infarction and peak at around 12 to 24 hours after the infarct. The levels return to normal, in case of no further myocardial damage, after 24 to 48 hours. Hence the increased levels of CK – MB along with elevated levels of total CK is a good indicator of myocardial infarction. CK – MB levels usually do not rise in chest pain caused by angina, pulmonary embolism or congestive heart failure.

CK – M fractions of the CK- MM and the CK – MB in the sample are completely inhibited by an anti CK – M antibody present in the reagent. Then the activity of the CK – B fraction is measured by the CK ( NAC act.) method. the CK – MB activity is obtained by multiplying the CK – Bactivity by two. 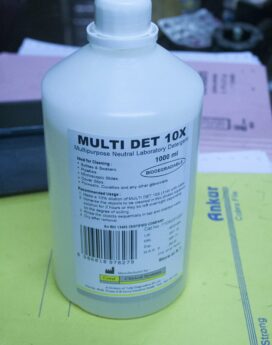