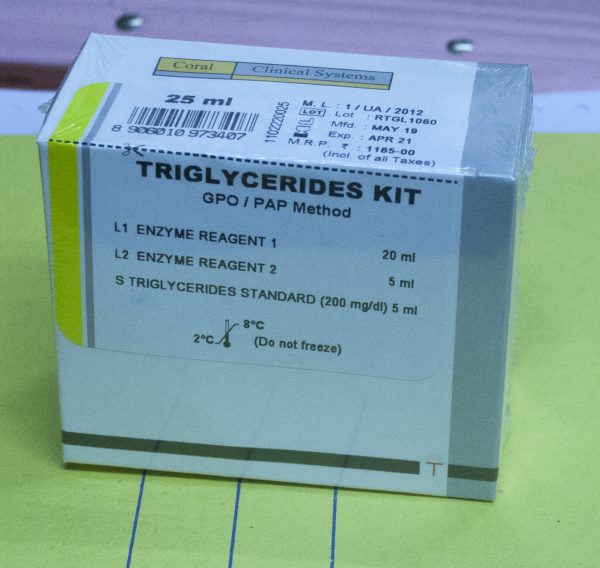 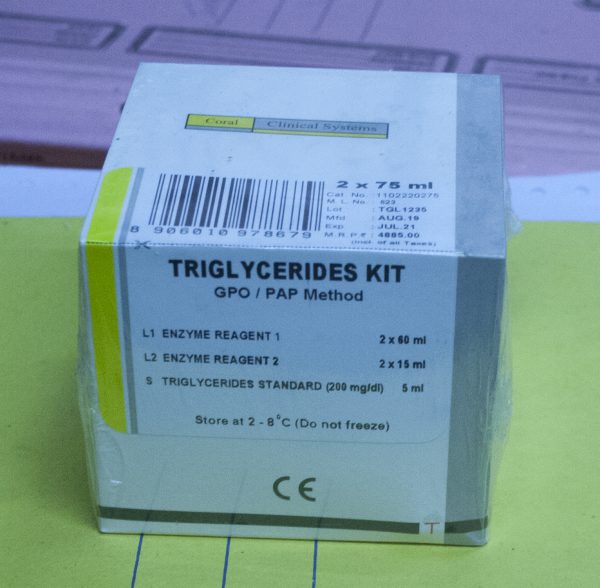 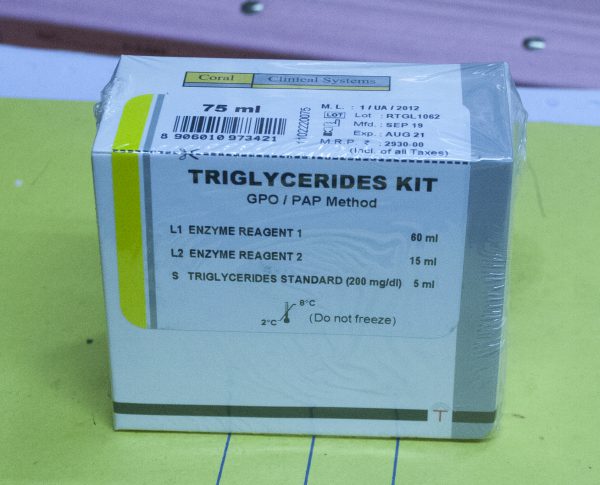 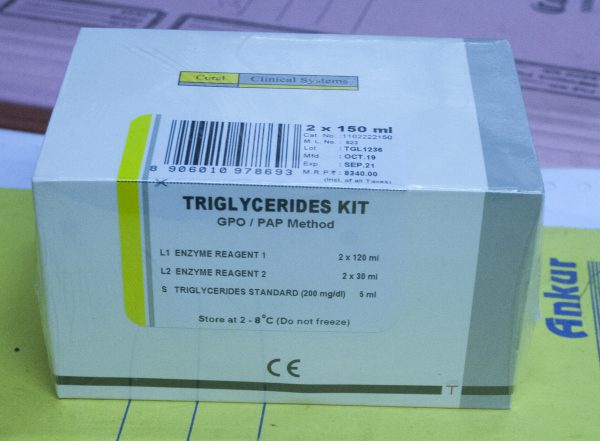 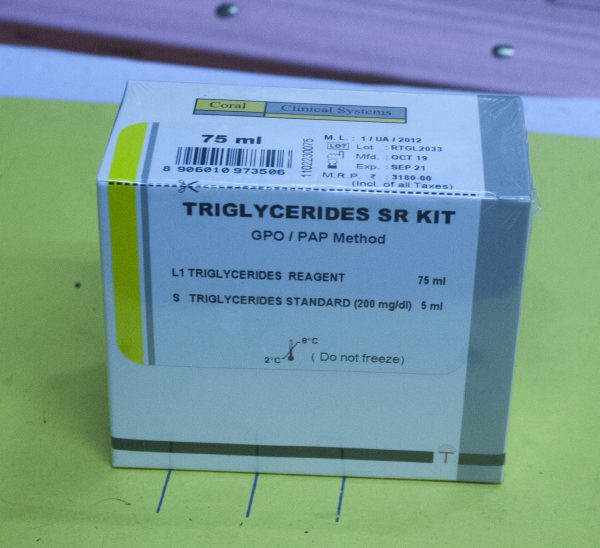 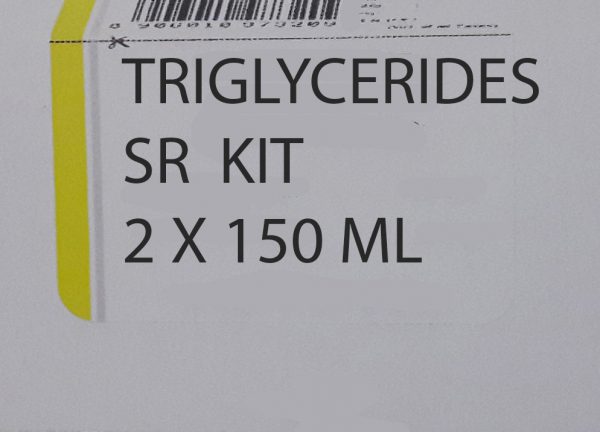 Measures Triglycerides. Coral Clinical Systems has answered these concerns of the busy laboratory professional by engineering the “Flexipour” reagent system which comprises of individual liquid stable components, which when mixed together in recommended ratios generate a dependable liquid stable working reagent. Depending on the usage, individual reagents may be poured at one go or flexibly in smaller volumes. Triglycerides are a form of fatty acid esters. They are produced in the liver by binding glycerol and other fatty acids. They are transported by VLDL and LDL and act as a storage source for energy. Increased levels are found in hyperlipidemia, diabetes, nephrotic syndrome, hypothyroidism. Increased levels are risk factor for arteriosclerotic coronary disease and peripheral vascular disease. Decreased levels are found in malnutrition and hyperthyroidism. Lipoprotein lipase hydrolyses triglycerides to glycerol and free fatty acids· The glycerol formed with ATP in the presence of glycerol kinase forms glycerol 3 phosphate which is oxidised by the enzyme glycerol phosphate oxidase to form hydrogen peroxide. The hydrogen peroxide further reacts with phenolic compound and 4-amino antipyrine by the catalytic action of peroxidase to form a red coloured quinonimine dye complex. Intensity of the colour formed is directly proportional to the amount of triglycerides present in the sample.