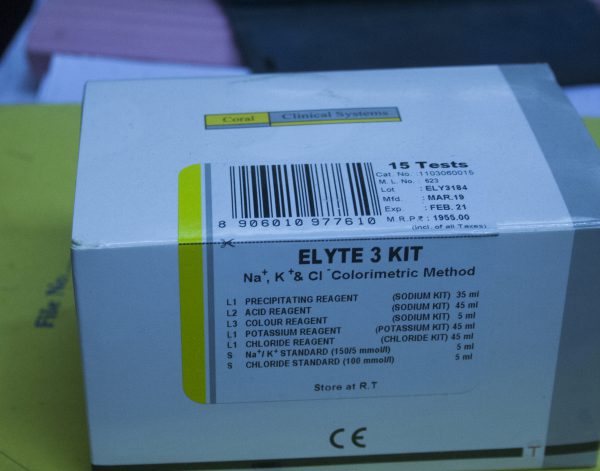 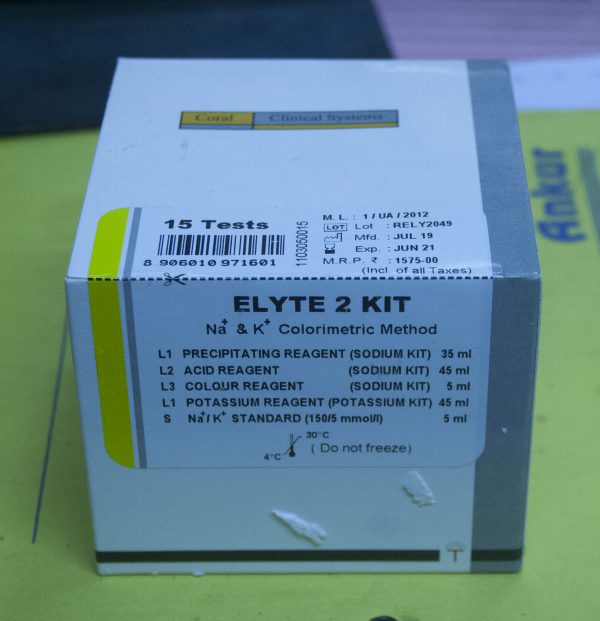 Measures Level of Sodium and Potassium in the Serum.This is a colirometric laboratory reagent which measures the enzyme alkaline phosphatase in the human body by the colorometricmethod.Coral Clinical Systems has answered these concerns of the busy laboratory professional by engineering the “Flexipour”reagent system which comprises of individual liquid stable components, which when mixed together in recommended ratios generate a dependable liquid stable working reagent. Depending on the usage, individual reagents may be poured at one go or flexibly in smaller volumes.Sodium and Potassium are the major cations of extracellular and intra cellular fluids respectively. Sodium maintains the normal distribution of water and the osmotic pressure in the various fluid compartments.Potassium influences the acid base balance and osmotic pressure including water retention. Increased sodium levels are found in severe dehydration and excessive treatment with sodium salts. Decreased levels are found in severe polyurea, metabolic acidosis, diarrhoea and renal insufficiency. Increased Decreased levels are found in malnutrition, gastro-intestinal fluid loss, and hyperactivity of the adrenal cortex.Chloride is a major extracellular anion and maintains the cation/ anion balance between intra and extra cellular fluids, mostly as a salt with sodium. Increased levels are usually found in dehydration, kidney dysfunction, and anaemia. Decreased levels are found in extensive burns, vomiting, diarrhoea, intestinal obstruction,salt losing nephritis Sodium is precipitated as a triple salt with magnesium and Uranyl acetate. The excess of uranyl ions are reacted with ferrocyanide in an acidic medium to develop a brownish colour. The intensity of the colour produced is inversely proportional to the concentration of sodium in the sample .